Outside of NDSU's campus, there are clearly a few pockets of loud neighborhoods, including University Ave. south of I-94, just south of West Acres mall and near Rendezvous Park in West Fargo.

Students are rowdy as classes begin (most complaints the week of August 23-29) and as the weather warms, but get quieter as they pack up and leave for the summer. Week(end)s with a lot of noise complaints seem to be followed by a quieter week(end).

Most complaints were dispatched between 11 p.m. and 12 a.m. - likely when the neighbors are sleeping but the party still has energy. Party complaints drop off after 3 a.m. 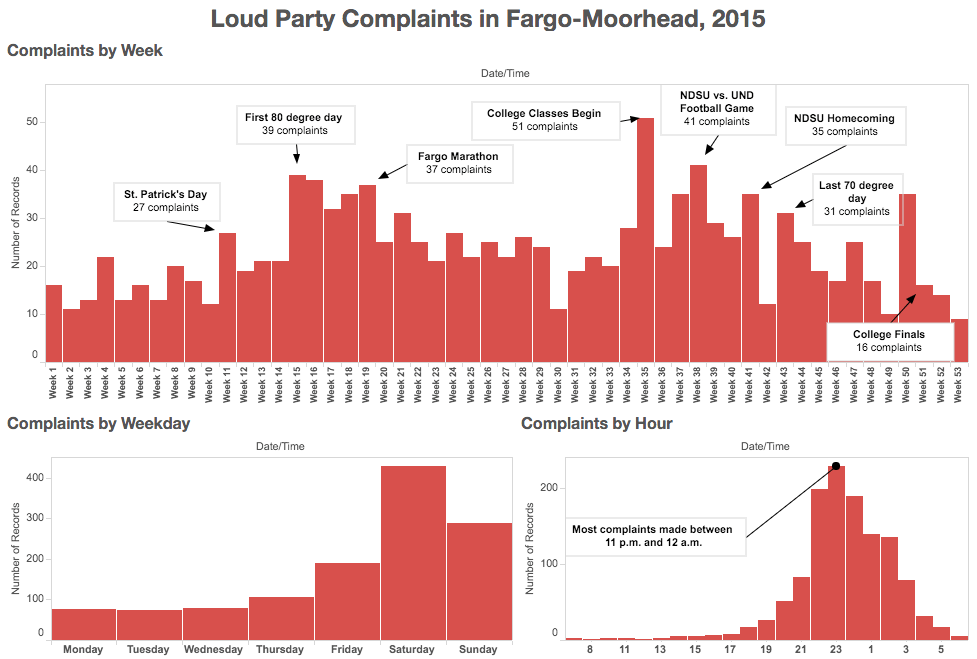 Billboard has published a Year-End Hot 100 every December since 1958. The…